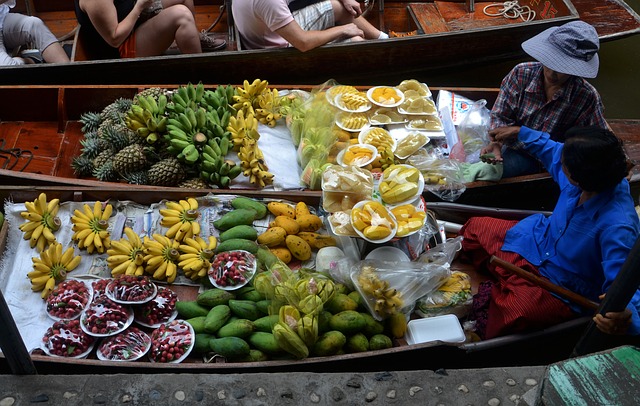 Thai food appears to be everywhere, with restaurants, hole-in- the-wall joints and foodcourt stalls serving it.

And the scene is heating up even more – in the past four months, no fewer than nine eateries offering Thai cuisine have opened.

These new eateries – many by food and beverage groups in Singapore – are serving new dishes such as salted egg yolk mookata and Thai tapas.

Business owners tell The Sunday Times that the Thai food scene has gained much traction over the past few years.

Ms Bonnie Wong, 28, director of marketing and business development of food and beverage group Creative Eateries, says: “Five years ago, you would never see Thai cuisine in a foodcourt. There is definitely a demand for Thai food and people want to jump on the bandwagon.”

Five years ago, you would never see Thai cuisine in a foodcourt. There is definitely a demand for Thai food and people want to jump on the bandwagon.

The group has many Thai brands under its belt – Patara Fine Thai Cuisine (opened in 1994) in Tanglin Mall as well as restaurant chains Siam Kitchen (opened in 2001) and Bangkok Jam (opened in 2007).

Ms Wong adds: “Our existing brands are either fine-dining or casual restaurants and we wanted Talay Thai to be something different.

“Talay Thai targets the drinking crowd in Clarke Quay. We also thought that a Thai tapas concept would be an interesting twist.”

Indeed, restaurateurs are making sure they stand out from the competition.

Two-month-old Talay Kata at Orchard Central offers a seafood- centric mookata buffet with a choice of soups including a salted egg yolk one.

The eatery is by Jus Delish Group, which also owns Thai restaurant Som Tam in Orchard Central as well as the three-outlet Gin Khao.

Minor Food Group chief executive Arth Prakhunhungsit, 51, is also continuing with the expansion of its brands.

And on Friday, the group will also open its second Basil Thai Kitchen outlet, at Paragon. The first outlet opened two years ago at Kallang Wave Mall.

Mr Prakhunhungsit says: “Customers are always looking out for something different, so it is good for restaurants to introduce lesser- known dishes to them.”

Mr Eric Koh, 39, managing director of four-month-old Mooks Thai Bistro in Chinatown, is looking to bump up the menu with more options. Its first outlet opened in Bukit Batok more than a year ago.

“People still like tom yum soup and pad thai. But we need to have more variety.”

Another Thai restaurant that is well worth a visit to, is Bangkok Rose Thai Restaurant. Located in Trinity Beach – North of Cairns. This Thai restaurant continues to get excellent reviews on Trip Advisor.

Upcoming openings include popular Bangkok chain Greyhound Cafe, opening at Paragon next month, as well as a Thai fusion concept by restaurateur and television host Pornsak Prajakwit, who owns the Porn’s restaurant chain.

The burgeoning Thai food scene is naturally good news for fans of the cuisine.

Complete the meal with desserts such as mango sticky rice ($7.80).

What: The two-month-old gastro-bar specialises in Thai tapas, with a focus on seafood.

Open: Noon to 11pm (Sundays to Thursdays), noon to 2am (Fridays and Saturdays)

What: While many mookata eateries require diners to buy set meals, buffet restaurant Talay Kata allows them to eat all they can.

Its spread features a wide selection of seafood along with meats and housemade dipping sauces and soups. There is also a small section to whip up your own som tam (green papaya salad) as well as dessert. More premium, seasonal items, such as bamboo clams, scallops and crab pincers, are available on weekends.

Here, diners also have a choice of soup base, from tom yum to bonito and even salted egg yolk – it is made with salted egg, bonito and seafood broth, cream and Thai herbs.

What: If you do not have the time to grill your own meat at a mookata restaurant, get the barbecued skewered meats for takeaway instead at this two-week-old kiosk at The Clementi Mall. This stall is by the Mookata chain, which has outlets in Katong, Yishun and Bugis.